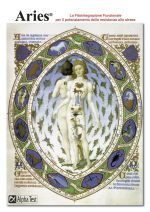 The purpose of the volume "Aries® - Fitointegrazione Funzionale® to improve stress resistance" is to make available to physicians the scientific information on the newest interpretive models regarding the stress and its negative consequences on the nervous, endocrine and immune systems. Beside these information, the publication illustrates characteristics of some plant compounds and micronutrients that can determine a benefit to the body of the person facing chronic and repeated stress factors. All these information show to doctors a more accurate vision of positive effects, required doses and safety of proposed substances. 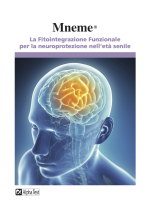 The volume “Mneme® - Fitointegrazione Funzionale® for neuro-protection in the senile age” gather in a single document the newest information about the pathophysiology and pathogenesis of cognitive decline linked to aging, of the Mild Cognitive Decline and of visual problems associated with the aging. Moreover, in this volume is presented a considerable part of scientific information that was accumulated over time to endorse the use of some substances (plant compounds and nutrients) with the intent to protect and preserve the functions of nervous system that decline with aging and to reduce the risk of eye disorders that occur with advancing in years.

Scientific tests show that adults, despite the good general state of health, from middle age to senility can lose up to half of their cognitive abilities. The demographic data confirm that we are witnessing a progressive increase in the elderly population and consequently the number of people who experience a decline in cognitive functions due to physiological weakening of brain linked to aging, who show mild cognitive impairment (MCI) or who exhibits forms of dementia, such as Alzheimer's disease, increase. The elderly subjects as well as being at risk of impaired cognitive function are also exposed to the risk of developing age-related diseases of the eye (cataracts, macular degeneration, etc.). In recent years, the attention has been paid for the effort to block the progression of eye diseases or prevent the damage caused by these conditions. As usually happens, the best balance between costs and benefits is achieved by fighting age-related diseases through prevention. It is now clearly established that one of the most important preventive strategies should be phytotherapeutic / nutritional intervention.

The “Fitointegrazione Funzionale®” for the correct functionality of the digestive system 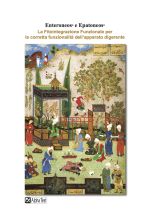 The volume “Enteroneos® and Epatoneos® -  Fitointegrazione Funzionale® for the correct functionality of the digestive system” gather in a single document the newest information about the pathophysiology and pathogenesis of the functional disorders of the gastrointestinal tract (irritable bowel syndrome, functional dyspepsia, gastroesophageal reflux disorder), of the hepatic steatosis and of the steatohepatitis.

Among the various diseases passed in review emerge clearly different points of contact regarding both the pathophysiology and the pathogenesis. The research field of the digestion science is in continuous expansion. Digestive diseases are considered traditionally limited to the gastrointestinal tract (GI), to the hepatobiliary system and to pancreas. Although the physiopathological conditions of organs of the digestive system are of primary importance in digestive diseases, the emphasis given by the scientific literature to regulatory factors over them, and the impact of them on other systems is gradually growing. The functional disorders of the gastrointestinal tract are typical examples of how the digestive system plays a crucial role in influencing the quality of life. In this topic, the overview of interpretative models concerning gastrointestinal disorders and hepatobiliary follows the description of some substances that may be useful in treating them and an extensive review of scientific studies which clarify the mechanism of action and confirm its' clinical efficacy.